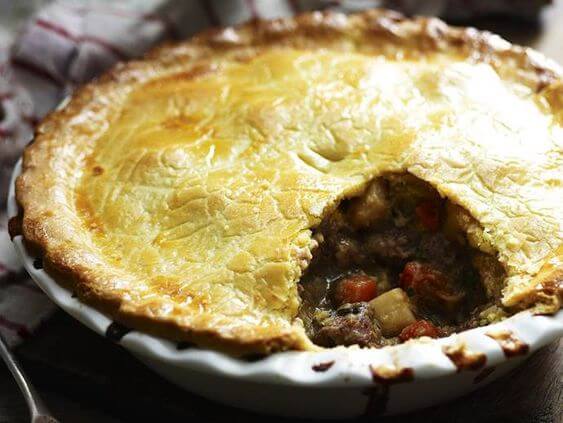 It is said that if you get old-fashioned enough, you’ll always be in style. This saying is proved right, especially in the case of old-fashioned hospitality, which includes old-fashioned food. Old-fashioned meat pie, for example, is a meal that has survived the test of time.

There are various recipes from cookbooks such as the American Cookery, Grandma Myers’ Mincemeat Recipe, and What’s cooking America. This article carefully reviewed two unique and delicious recipes for the savory old-fashioned meat pie. Remember, with a bit of tweaking here and there, and your taste buds will thank you.

Ingredients for the filling

Preparation of the filling

Note: Make sure to store in the refrigerator immediately to prevent fermentation. Also, refrigeration allows the dried fruits to absorb all of the juices, flavors, and deliciousness before using them for our beloved vegetarian mincemeat pie.

Ingredients for the pastry

Preparation of the pastry

Preparation of the Vegetarian Mincemeat Pie

Recipe 2- Mincemeat with the meat pie

Ingredients for the filling

Ingredients for the pastry

Note: You can decide to make your special pastry. Follow the preparation method for pastry in recipe 1.

Preparation of the filling

Preparation of the Mincemeat with the Meat pie