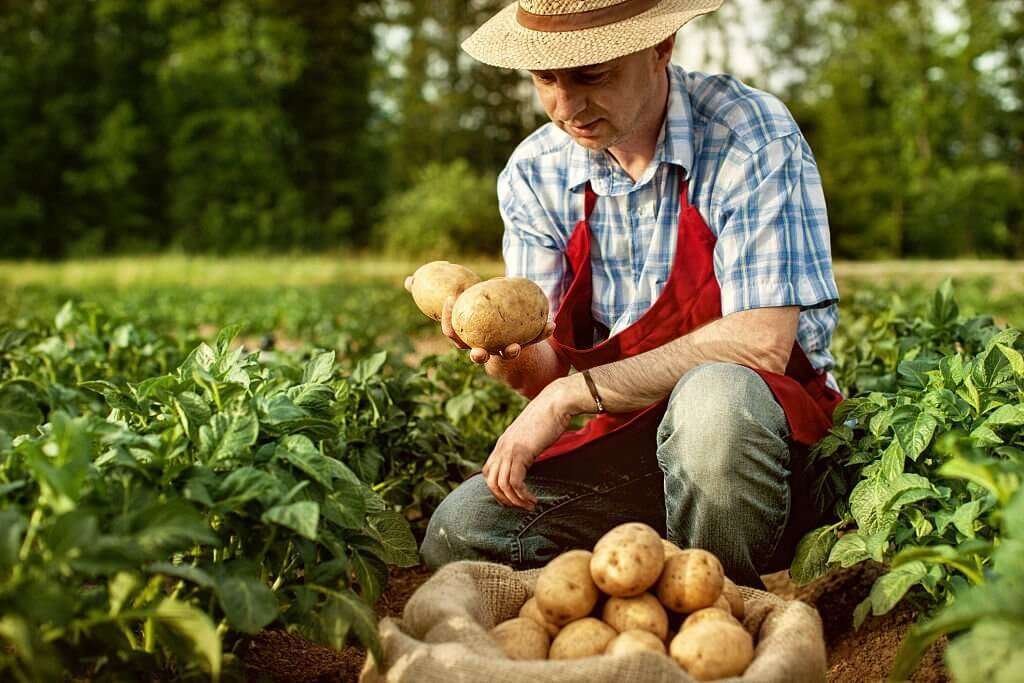 If you are a potato enthusiast like us, you have definitely heard of yellow potatoes and Yukon gold potatoes. You have likely even used them in cooking on various occasions.

You have also likely noticed how some recipes call for yellow potatoes, others call for Yukon gold. Is there really a difference? We’ve done the research, and in this Yellow potatoes vs Yukon gold comparison, we’ll share our findings. So stick around to find out.

With potatoes, there is variety. When it comes to flavor, yellow potatoes are similar to Yukon Gold. However, some differences can help you tell between the two.

Yukon gold potatoes have a more refined taste and texture than regular yellow potatoes. That is why they are often more expensive than other yellow potatoes. However, if your supplier is great, the extra coins spent will be more than worth it.

If the recipe calls for yellow potato chunks without any attention to taste or texture, you could probably substitute Yukon gold with yellow potatoes. However, if the potatoes’ taste and texture significantly affect the recipe, you may not want to make that substitution.

Another difference is accessibility. Yellow potatoes are easier to get (and often a lot cheaper) than Yukon gold potatoes. It is also hard to find a trustworthy supplier when you need to get Yukon gold. As a result, it is often more convenient to use yellow potatoes when cooking.

What are Yukon potatoes?

Yukon gold potatoes were grown in Canada and are gotten from cross-breeding wild South American yellow potatoes and North American white potatoes. It generally has gold or light brown skin with small brown spots. Generally, Yukon gold potatoes have even texture and shape. The flesh is often firm and moist when cooked and assumes an earthy, creamy, buttery flavor.

Many people prefer using Yukon potatoes in their recipes because of how tender they are and how vibrant your meal tastes when you use them instead of other yellow potatoes.

How to tell if Yukon gold potatoes are bad

You can tell if a Yukon potato has started to rot from the texture, how it looks and how it smells. Uncooked potatoes are often firm, so it has likely begun to rot if your potato feels mushy and soft.

Another sign that you should probably get rid of the potato is if it smells terrible. And we are not referring to the earthy or nutty scent potatoes usually give off. If it smells musty or foul, it is a sign of rot. Potatoes often rot from the inside out, so you should not ignore the smell even if everything looks good on the surface. Throw it out.

Lastly, any large, rotten bruises, black spots, or blemishes can signify that the potato has begun to rot. If you find one of these on your potato, you should also dispose of it. Sometimes these spots are not visible on the outside, but they give off a noticeable odor, a telltale sign of rot.

Yukon gold potatoes typically take about 15 to 20 minutes to boil. Therefore, when boiling them, place them in the water while still at room temperature. This ensures that the insides cook at nearly the same pace as the outside. Otherwise, your potatoes may end up having a weird consistency.

Because of their unique texture and taste, finding worthy substitutes for Yukon gold potatoes is not easy. Still, we have managed to come up with a list of our top 5.

Russet potatoes work well as a substitute in baked, mashed, or fried potato recipes. Russets can easily be spotted as they are larger than Yukon potatoes and usually have white, starchy flesh.

Inca gold potatoes are incredibly similar to Yukon gold potatoes as a substitute. They have the same yellow flesh with the creamy, buttery flavor we all know and love. They make a mean potato pie and are great for mashed potato recipes, soups, and stews.

The closest you can get to Yukon gold potatoes are Carola potatoes. This specie has the same firm, waxy feel with a creamy, buttery taste. You can use them as a substitute in recipes that involve grilling, boiling, fries, salads, etc.

Fingerling potatoes are relatively tiny and tender, shaped like a finger. In many recipes, their rich flavor makes them a fair substitute for Yukon gold potatoes, except in soups.

Are butter potatoes the same as Yukon gold?

No, they are not the same. Potatoes with gold flesh are generally referred to as butter potatoes. This is because they typically have a creamy, buttery flavor to them. However, Yukon gold potatoes are a particular type of gold potatoes.

Can you fry Yukon gold potatoes?

The simple answer is yes; you can fry Yukon gold potatoes. They are a common choice for making french fries. However, they also taste amazing in mashed potato recipes, salads, gratins, etc.

What are gold potatoes good for?

Gold potatoes work well in a wide variety of meals. However, you would get the most value from them when you use them in roasts, mashed potato recipes, baked dishes, chowders, and soups. They are also great for french fries and boiling. There really isn’t much you can’t make with a gold potato.

What are the 5 kinds of potatoes we have? And how are they best used?

There are thousands of potato species worldwide and over 200 in the US. However, each can be classified as a russet potato, red, yellow, fingerling, or petite.

Due to their thick skin and high starch content, russet potatoes are best for baking, mashing, or making french fries.

You would be better off using a red potato for boiling, pan-frying, steaming, and grilling. Red potatoes also work really well in soups, salads, and chowders.

Fingerling potatoes are good in several recipes, like roasts, mashed potatoes, baked potatoes, and salads. However, they aren’t your best option for soups.

When cooking salads and roasted potato recipes, you would enjoy the results of using petite potatoes as they cook quicker and have a concentrated flavor.

Waxy potatoes are potatoes that are very moist and also low in starch. They include New Potatoes, French fingerling, Red Bliss, baby potatoes, creamers, Red Adirondack, and Russian Banana. When you need to boil, roast, or bake, they can really come in handy, as they will keep their shape.