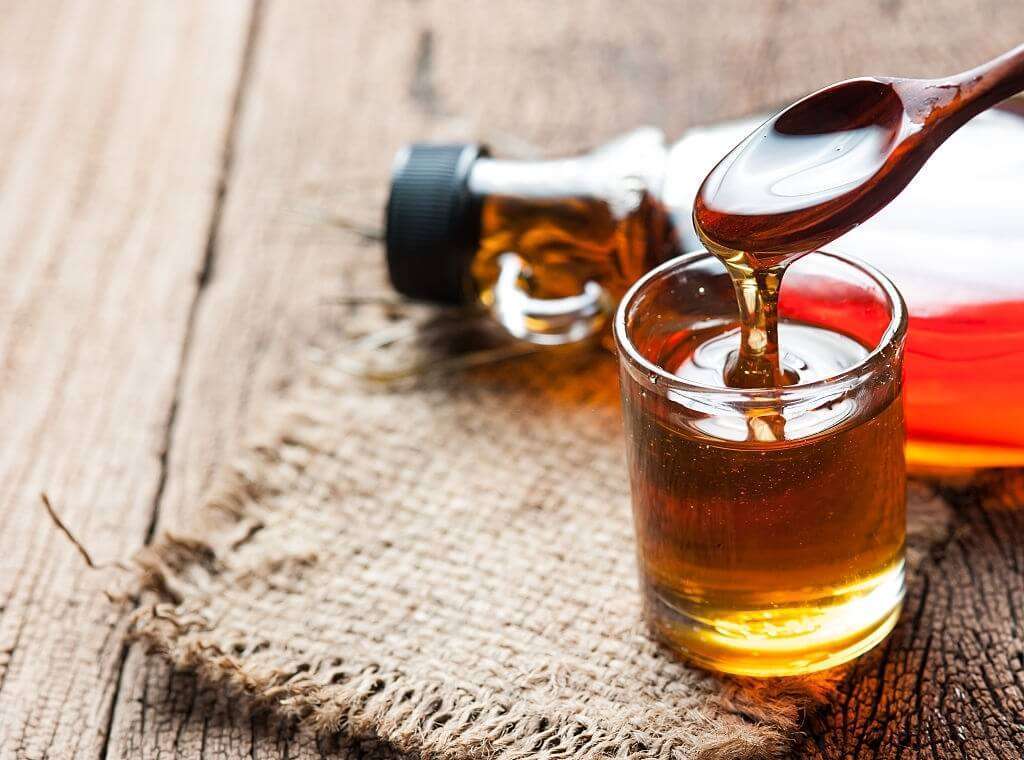 Maple syrup is used for baking, to drizzle on waffles and pancakes, and generally as a replacement for sugar, since the golden liquid is two-thirds sugar.

As maple syrup is considered to be a healthier sugar option, though not proven, people who are hoping to reduce their sugar guilt are switching from refined sugar to maple syrup which then brings up the problem of preservation, prompting the question: does maple syrup need to be refrigerated?

This is everything you need to know about storing maple syrup.

Does maple syrup need to be refrigerated?

Yes, maple syrup needs to be refrigerated when it gets opened, and no, you can do without refrigerating maple syrup for up to a year when left unopened. When maple syrup is stored at room temperature after the lid has been opened, it would gradually start developing mold. While the mold is harmless, it causes the maple syrup to lose its original taste.

If you have stored opened maple syrup at room temperature and you notice it’s starting to lose its taste, a tip is to strain it through a colander and heat it at around 200 degrees F so the syrup is sterilized, after which you can change the containers and keep it in a refrigerator.

Does pure organic maple syrup need to be refrigerated?

Does artificial maple syrup need to be refrigerated?

No, artificial maple syrup does not need to be refrigerated. Putting syrup in the refrigerator makes it a little harder to pour; it becomes thick and loses that easy golden flow. This type is usually made from mostly corn syrup, a little bit of maple syrup or maple extract, and preservatives. Thanks to the preservatives, artificial syrup does not need to be refrigerated, so you can leave it in your pantry unless otherwise advised by the manufacturers.

You can also leave it on the pantry shelf after it is opened. Just close the container tightly and the syrup will stay good. Check the label to be certain.

Can maple syrup be stored at room temperature?

When maple syrup is considered to have gone bad, it is not exactly ruined. When pure maple syrup is left out after it has been opened, it grows mold at the top. The mold in maple syrup is a different kind of fungus and you can still use the syrup as long as you scoop out all the mold. Maple syrup does not go bad; it will only degrade in quality.

What happens if you eat bad maple syrup?

Nothing. Bad maple syrup won’t harm you. There’s no need to rush to the emergency room. When maple syrup is no longer at its best, it may taste less sweet and become almost bland, but it’s still not dangerous to you. The only thing that is wrong with old maple syrup is that it may not be as sweet as it was when you got it.

If you have eaten moldy syrup without taking off the mold by mistake, for a dare, or anything at all, you should be fine, but speak to your healthcare consultant just to be safe.

Read also: Is there Cheese in Cheesecake?

Does maple syrup need to be refrigerated after it is opened?

The mold that grows in maple syrup is non-toxic. This does not mean that you should eat the mold. If your bottle of maple syrup has mold on the top, just scoop it out and continue to enjoy the natural sweetener until it’s finished. To make your syrup extra safe, after you have skimmed the mold off the top, heat the syrup till it boils. This will kill off the spores and make your syrup good as new.

How long does maple syrup last?

While unopened, pure maple syrup can last years and years and years without going bad. After it has been opened, you can leave it in the refrigerator for as long as a year. For inorganic maple syrup, it can last for about a year on the shelf after it has been opened, but you should check the expiration date on the label and follow the manufacturer’s instructions. The best container for maple syrup storage is glass; plastic works too but glass is best.