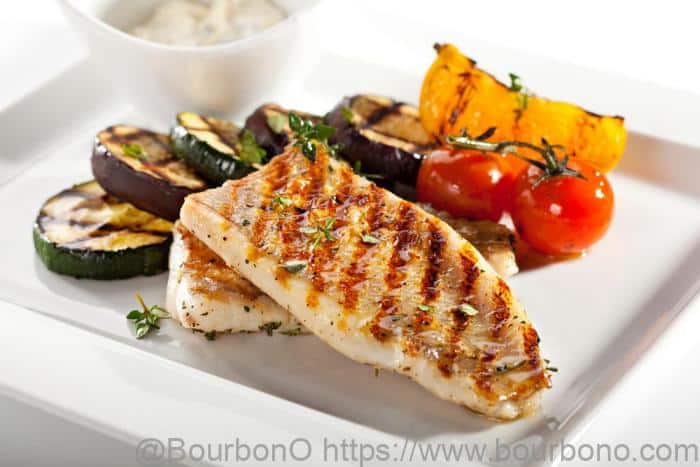 Are Jack Crevalle good to eat is something that not many people know. In fact, their bad reputation for pungent fishy taste makes it hard to turn this species of fish into a tasty meal. Furthermore, they’re also known to be strong tasting and quite tough to eat. Let’s find out if you can truly create a delicious dish out of Jack Crevalle or not in this post below!

Jack Crevalle is also known as the “common jack”. This fish species is often found in Southern Atlantic regions and the Gulf of Mexico (around areas of Florida). They frequent warm, tropical water and their diet mainly consists of pinfish, prawns, shrimp and crabs.

Being a predator, Jack Crevalle makes a great game fish for the anglers, as they’re aggressive and willing to give a fight. They usually travel as well as hunt in packs. The mature Crevalle Jacks can weigh up to 70 lbs and grow up to 4 ft long. However, most anglers usually catch Jack Crevalle whose weight is only less than 10 lbs.

If Jack Crevalle are caught by commercial fishermen, they’ll likely end up being used as bait for other large fish. This species is migratory fish, and they travel to deeper water or south in winter time. If you’re fishing in Florida, Jack Crevalle usually shows up from Spring to Fall.

Are Jack Crevalle good to eat?

Jack crevalle can make a tasty dish if you know how to prepare and cook them correctly. Especially for those who love the rainbow trout’s firm taste. This type of fish has strong muscles, which results in dark meat and extremely fishy flavor. Their flavor can even be fishier compared to the river fish.

If you’re not a big fan of such fishy taste, then immerse the fish fillets in buttermilk or milk. This will help to pull out the compounds which create the fishy flavor. Compared to normal milk, using buttermilk will give your crevalle fillets a slightly tangy flavor.

There are various recipes that will turn Jack crevalle into an amazingly tasty dish. Nevertheless, the use of herbs or spices (such as vinegar, lemon or lime juice…) is essential in most recipes. It’s these ingredients that contribute to eliminating the fishiness of the crevalle.

Step by step guide to prepare and cook Jack Crevalle

How to fillet Jack crevalle

Step 1: You should bleed and clean your crevalle right after the fish is caught. Cut the gills will help you to bleed the crevalle out.

Step 2: Use a sharp knife to fillet the fish. Insert the knife in the backbone of the fish. Then cut down along the crevalle’s dorsal fin line. While you cut down the backbone, it should make a “clicking” sound. This will help to carve out the loins.

Step 3: Make an angled cut in the back of the crevalle’s pectoral fin. Cut through the fish’s belly and run the knife down to the tail.

Step 4: Pull the loins out from the crevalle’s body. Then cut the bloodline of the fish.

Step 5: Rinse the loins of fish meat using saltwater hose so that the flavor of the fish will be maintained.

How to cook Jack crevalle

Step 1: Cut the crevalle into thin strips. Oil the strips of meat with vegetable oil or olive oil.

Step 3: In a hot frying pan, cook the strips over medium-high heat for about 5 minutes each strip. The fish meat is done cooking when they become crispy and golden brown.

If you catch a big Crevalle, then you should let it return to the ocean. Only small Jack Crevalle should be used as a cooking ingredient. The reason is because the larger the Crevalle become, the more mercury they contain. There’s also the risk of ciguatera poisoning when eating large Crevalle. On the other hand, younger crevalle’s meat is way more tender than that of the large ones.

Crevalle jacks can contain some parasites such as Bucephalus varicus and Stephanostomum ditrematis. The rectrum of the fish is where you most likely find S. ditrematis.

Eating raw crevalle jacks is not a common preparation. However, you can still use this type of fish to make sashimi or ceviche.

It’s safe to conclude that Jack Crevalle can make delicious dishes. Although the answer to your question: “Are Jack Crevalle good to eat” is yes, the fish need to be bleed out best when they are still alive and then stored in lots of ice to maintain their freshness. The deliciousness of the jack crevalle also depends on how you prepare and cook it. Hopefully Bourbon O has given you some useful information through this post and see you in other articles!