Shrimps are highly nutritious and delicious crustaceans. They are versatile and can go well with different dishes. Shrimp preparation (before cooking) usually involves the preliminary actions of cleaning and peeling the shrimps. A common process in shrimps cleaning is deveining, which is the removal of the digestive tract (containing the poop) of the shrimp.

However, most people feel that shrimp peeling and deveining (removal of the poop) prolongs their time in the kitchen unnecessarily. Some people outrightly see it as an annoying, time-consuming chore that may not even be necessary. Their desire to skip the deveining process lead to the frequently asked question – Is shrimp poop safe to eat? In this article, I am going to answer that question and also teach you how to clean your shrimps perfectly.

What Is the Black Vein in Shrimp? Is It Poop?

The black vein in shrimp is commonly referred to as shrimp poop, but it is in fact, the shrimp’s digestive tract that contains the poop, as well as partially digested food, that is, the grits or food that the shrimp has eaten before it was caught. But generally, the black vein is called “shrimp poop”.

Is Shrimp Poop Safe to Eat?

Yes, shrimp poop is relatively safe to eat. If you will be cooking your shrimp, you probably won’t get sick from eating shrimp poop, but if you will be eating it raw, you’d want to devein it (remove the poop) to be on the safe side. Besides, if you do not remove the poop,it will affect the overall taste of your shrimp making it slightly grittier in texture compared with shrimp that had been deveined. As I said earlier, you likely won’t fall ill from eating fully cooked shrimp poop, as any bacteria in them should be destroyed during the cooking process, thus making shrimp poop safe to eat.

Can You Eat Cooked Shrimp with the Vein?

How Do You Clean Shrimp Poop?

It is easier to clean shrimp poop in large shrimps than having to clean for small shrimps. With a large paring knife, make a shallow lengthwise cut along the back of the shrimp, until you can see the long, gritty, string-like vein. Then, use a deveining tool or any similar tool with a sharp tip to remove the vein. It is much harder to devein small and medium-sized shrimps.

Alternatively, you can skip the process of cleaning shrimp poop by purchasing already cleaned and deveined fresh or frozen shrimps.

Frozen shrimp may be deveined or not. In most parts of the country, you can buy shrimps with the head on or off, the shell on or off, the vein removed or intact, tail-on or tailless. Some shrimps have been pre-cooked, while others are frozen or fresh. It all depends on your preference.

Read also: Can You Eat Raw Salmon from Costco?

Generally, most restaurants devein their shrimps themselves or buy already deveined shrimps. But in many of these restaurants, you may not find deveined shrimp in 100% certainty. This is because not all the shrimps in a batch are usually deveined. Some may be missed out due to an oversight or sheer laziness. Some restaurants do not even bother to devein small shrimps, which should not be left out regardless of the size.

However, it is quite common to find non-deveined shrimps in some restaurants, especially Asian-based ones.

What Is the Orange Stuff in Shrimp?

From all that has been said, the only way to make shrimp poop safe to eat is by cooking the shrimp well, that way, the bacteria load is reduced to the barest minimum. But I detest having grits in my shrimps and I think my shrimps look more appealing after removing the poop.

So for me, it is not a matter of making shrimp poop safe to eat alone but also ‘eating with my eyes first’. I do not mind buying already peeled and deveined fresh or frozen shrimps; you can try that too if you think deveining your shrimps is too time-consuming for you. Do let us know if you have any further questions.

Note: In this article, the words ‘vein’ and ‘poop’ are used interchangeably to refer to the same thing. 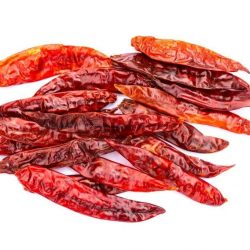 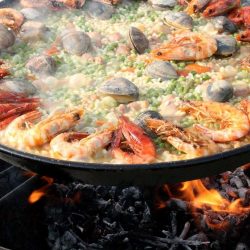 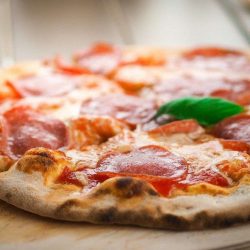