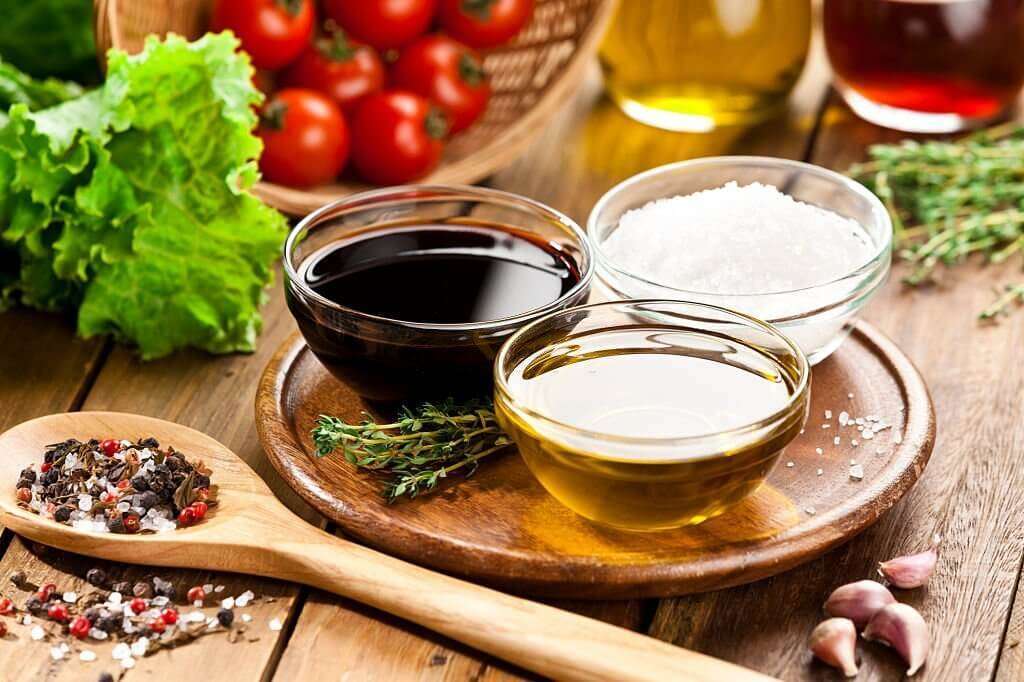 Although not as common as water, vinegar is one of the most commonly used products globally, with apple cider vinegar being one of the most widely marketed vinegars in the United States. It has long been used in many countries to prepare, cook, and preserve certain foods.

Vinegar is a dilute solution of acetic acid in water; hence, it is slightly acidic. The acidity (low pH) has made it helpful in preserving various foods like meat and meat products, fish and fish products, fruits, and pickling vegetables.

Conversely, salt is an essential cooking ingredient, and just like vinegar, it is also helpful for preserving foods. Since vinegar and salt are commonly used in preparing and preserving foods, you may wonder if both can be used together or if salt as a solute can dissolve in vinegar.

So, does salt dissolve in vinegar? In this article, you will find out if salt dissolves in vinegar, what happens if you try to dissolve salt in vinegar, if the combination of salt and vinegar is dangerous, etc. So, let’s get right into it!

Does Salt Dissolve in Vinegar?

Yes, salt dissolves in vinegar. Vinegar is an organic compound composed of 5% acetic acid derived from the fermentation of wine or fruits and 95% water. On the other hand, salt, made up of sodium and chlorine, is an inorganic substance.

Ideally, dissolution is impossible between opposite compounds; however, salt can dissolve in vinegar because it contains mostly inorganic water. Also, vinegar is a polar solvent, and salt is a polar solute.

What Happens When You Put Salt in Vinegar?

When you put salt in vinegar, there is a dissolution of the salt molecules in the vinegar, and a chemical reaction occurs. In that reaction, the sodium chloride in the salt reacts with the acetic acid in the vinegar to produce sodium acetate and hydrogen chloride.

How to Dissolve Salt in Vinegar

To dissolve salt in vinegar, you will need a bowl or any suitable container, a spoon (or stirrer), and of course, your salt and vinegar! First, pour some vinegar (as needed) into the container.

Then, with a spoon, gradually add the salt to the vinegar while stirring continuously to ensure an even distribution of solute and solvent. After adding the required amount (for your intended purpose) of salt, continue stirring until no salt particle is seen.

Does Vinegar Have Sodium?

Most of the commercially marketed vinegar available DO NOT have sodium; that is, not all vinegar is sodium-free. However, the exceptions (those with added sodium) only have a trace of sodium for each serving.

What Does Salt and Vinegar Make?

When you dissolve salt in vinegar, acetic acid (a component of vinegar) reacts with the salt (sodium chloride) to make sodium acetate and hydrogen chloride. This solution can be used to clean the surface of an old copper penny by removing the rust stains produced by copper oxide from it and revealing the shiny copper color of the penny.

Other Uses for Salt and Vinegar Solution

Salt and vinegar solution have various other uses apart from cleaning the surface of a penny. Here are some of the other uses:

How Long Does It Take to Dissolve Salt in Vinegar?

There is no fixed time for salt to dissolve in vinegar; however, how long it takes to dissolve salt in vinegar will depend on factors like:

Is Vinegar and Salt Dangerous?

Now that you know that salt dissolves in vinegar and how you can prepare a salt and vinegar solution, how about making some pickles or even cleaning an old copper coin to try out this new experiment you just learned? Exciting, right? Do share your results if you used salt and vinegar to clean, make pickles or do something else. We’d love to hear all about it.