Home » NEWS » Why There’s Hair on Chicken Wings & And How to Remove It?

In this article, we would be answering your questions and also dropping some useful tips to help out with this dilemma including how to properly remove the hair on chicken wings, and whether they are safe to eat.

Why There’s Hair on Chicken Wings?

Chicken wings bought from supermarkets and stores may still have tiny hairs on the surface because the removal of chicken hair is a time-consuming task that takes patience and precision which most production companies do not have and this inevitably leads to a few chicken hairs left.

The small hairs are filaments that connect the feathers to the skin of the chicken which is responsible for regulating the chicken’s temperature and are only noticeable upon close inspection. Most production companies make use of machines for the removal of chicken feathers and the machine can’t remove all the hair, especially the filaments since they are barely noticeable.

Is It Normal for Chicken Wings to Have Hair on Them?

Yes, it is completely normal for chicken wings to have hair on them. Chickens are completely covered in feathers so it would be almost impossible to pluck them all during mass production. As a result, some of the chicken wings we buy from stores would have tiny feathers on the surface but it is not regarded as unusual or a health hazard as it does not cause any harm.

Is It Safe to Eat Hair on Chicken Wings?

Yes, it is safe to eat the hair on chicken wings. Although it doesn’t make any difference if you leave the tiny hairs or not, some people prefer plucking them to give the chicken a more appetizing appearance.

The feathers contain keratin which is the same protein contained in human hair and fingernails. While it is okay to eat the tiny hairs found on chicken wings, you should not consume large contours of feathers as it may have adverse effects.

How Do You Remove Hair from Chicken Wings?

To remove the hair from chicken wings, you can use tweezers, needle nose pliers, or a paring knife to pick the hair off chicken or singe them off with a barbecue lighter, propane torch, matches, or Crème Brule torch, depending on how much hair there is. This may be time-consuming but the wings can be soaked in hot water to make it easier to remove.

If there is still a lot of feathers on the chicken wings you can pull them out using rubber gloves. Simply soak the wings in hot water to make the feathers easier to pull, wear comfortable rubber gloves, and pull the feathers out. Ensure to do this properly and neatly to avoid contaminating the chicken. Also, ensure to wash the chicken after if it is uncooked.

Another method of removing hair on chicken wings is by coating the wings in oil. This will increase the possibility of the hairs getting singed off during the cooking process.

The hair on chicken wings can be burnt off using a barbecue lighter or Crème Brule torch but it must be done with precaution to avoid burning your hands or the chicken skin. Barbecue gloves can be worn for protection. You can wipe any soot left on the chicken skin with a lightly oiled paper towel.

The majority of hair left on the chicken wings will be removed during the cooking process, so it is not necessary to remove the hairs beforehand. Whatever hair is left after cooking will be very tiny and almost unnoticeable.

Is It Safe When There Are Feathers on Store-Bought Chicken?

Yes, feathers on store-bought chicken just mean that the production process isn’t thorough enough to pay special attention to each chicken. Chickens are completely covered in feathers so it would be almost impossible to pluck them all during mass production. As a result, some store-bought chickens would have tiny feathers on the surface but it is not regarded as unusual or a health hazard as it does not cause any harm.

If there are a lot of feathers on the chicken, you can soak the chicken in hot water, then put on your rubber gloves for grip and gently pull the feathers out. You might choose to leave the smaller hairs or remove them with tweezers or a torch. Most of the hair will fall out as the chicken is cooked and the rest can easily be pulled out after.

Summarily, hair on chicken wings is perfectly normal and it is not necessary to remove them. They are safe to eat and won’t affect anyone. However, they can be quite gross and cause you to lose your appetite. Luckily, removing them isn’t a big deal. 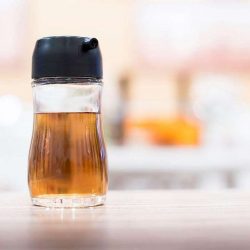 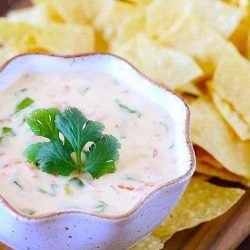 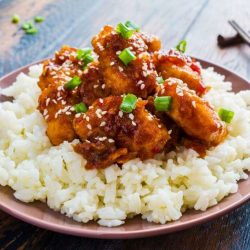