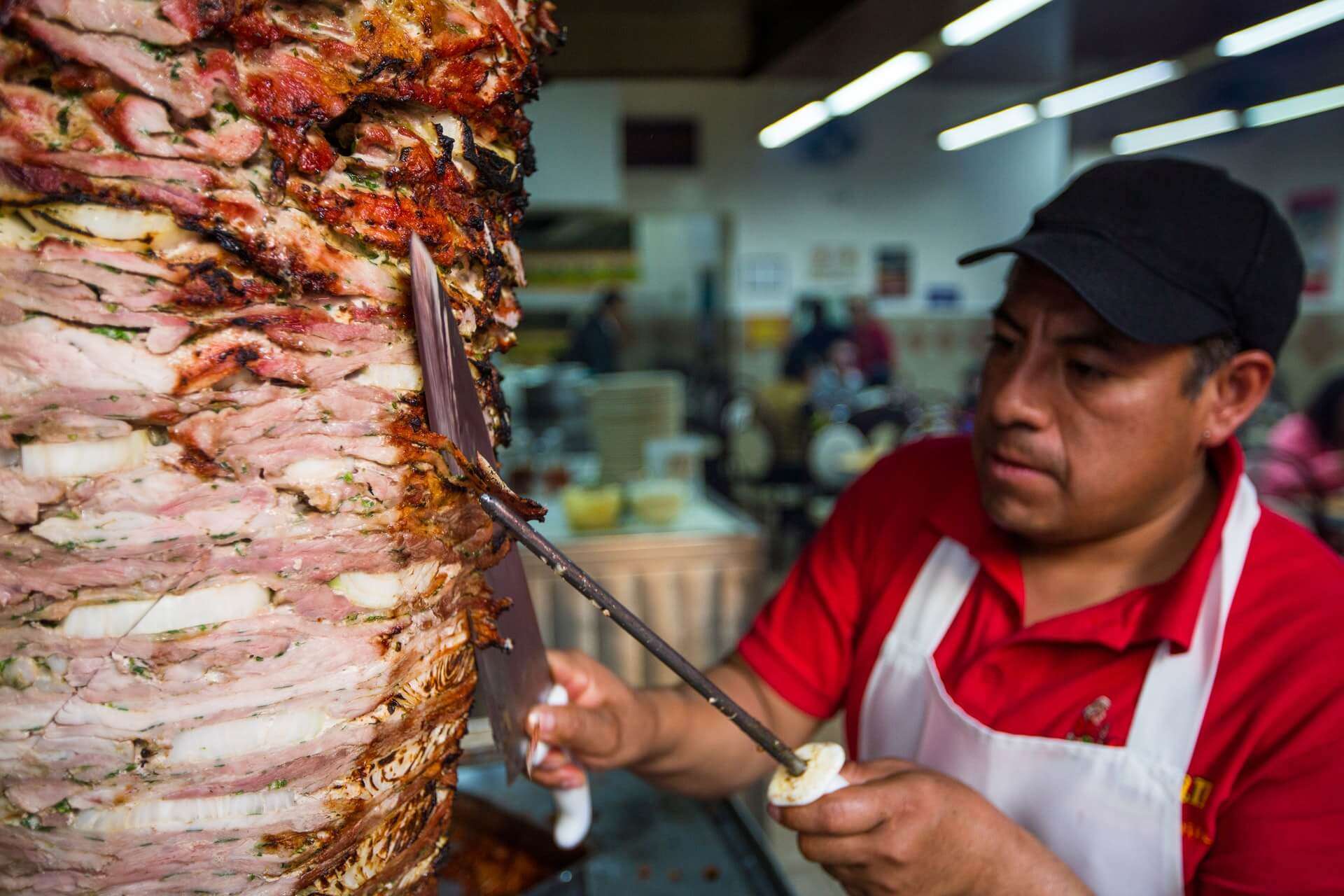 There are various types of kebabs in existence and among them are the doner kebab and gyro which have been around for quite a while. There have been several variations of this fast food, but they don’t stray far from the original recipes. They both use the rotisserie cooking method, which involves the cooking of meat, vegetables, and other food items while it revolves around an open fire, an oven, or a grill, this method makes the food delicious and gives it a unique smoky flavor.

However, even though the donor kebab and gyro have ties to the first kebab recorded in history, they also have many differences that set them apart from each other.

Doner Kebab Vs Gyro – The Differences

What Animal Is Doner Meat?

The doner meat primarily comes from lamb, but this has changed as time passed, now a doner kebab can be a combination of both beef and lamb, chicken or veal depending on the restaurant you choose to order from and how they prepare their doner kebabs. Pork meat is not usually included in this recipe, nonetheless, some variations still make use of it.

Gyro vs Doner – Which Came First?

The doner kebab is said to come first and is also tagged as the ‘mother of kebabs’ according to Spruce eats, this kebab is traced back to the 1200s where it was brought about by the ottoman empire in Turkey. It is served on warm pita bread or a serving of rice alongside a fresh salad.

What Animal Is Gyro Meat?

The gyro meat primarily comes from pork and in some cases, shredded chicken is added to the mixture. Variations of this meat are also available with lamb or veal being included in its recipe, it is known to be served with fresh herbs such as rosemary, dill, thyme, etc., and topped with its signature sauce called Tzatziki.

What’s the Difference Between A Kebab and A Doner Kebab?

The difference between a kebab and a doner kebab is that kebab is a collective term that includes all kinds of food being roasted or grilled over an open flame in the rotisserie method of cooking, the food could be meat, vegetables, cheese slices, etc. However, doner kebab is a specific type of kebab with Turkish origins and variations all over the world and is prepared by shaving the outer part of the kebab and serving it in between warm loaves of pita bread.

Why Is Doner Banned in Greece?

Doner is not banned in Greece but the European Union is moving to put a stop to the use of phosphates in between huge cuts of meats that serve as a base for kebabs. These phosphates have been linked to heart diseases.

How To Make Homemade Doner Kebab

For the kebab, one pound of ground lamb or a mixture of ground lamb and beef, your preferred meat can also be shredded chicken, minced cloves of garlic (4-5), One egg, kosher salt, black pepper, cumin, oregano, paprika, coriander, oil for frying, for your salad: you can mix and match with the vegetables of your preference but lettuce, red onion, cucumber, and tomatoes are generally recommended, for the sandwich: large pita bread or any other flatbread and yogurt with fresh garlic and chili sauce. The steps are:

How To Make Homemade Gyros

To make homemade gyros, the meat should be marinated in the Mediterranean herb mix before frying or grilling, for the best results.

The ingredients for the meat mixture are as follows:

For the sandwich: flatbread, Tzatziki sauce can be bought in a grocery store or homemade, lettuce, tomato, and red onion. To prepare gyro,

Even with the differences between the doner kebab and the gyro kebab, they’re often mistaken for one another in lots of fast-food outlets because of the meat used to prepare them. To be completely sure of the kind of meat you’re consuming, it is advisable to make this kebab at home, and if you have to order, learn what was used to prepare your doner or gyro kebab.