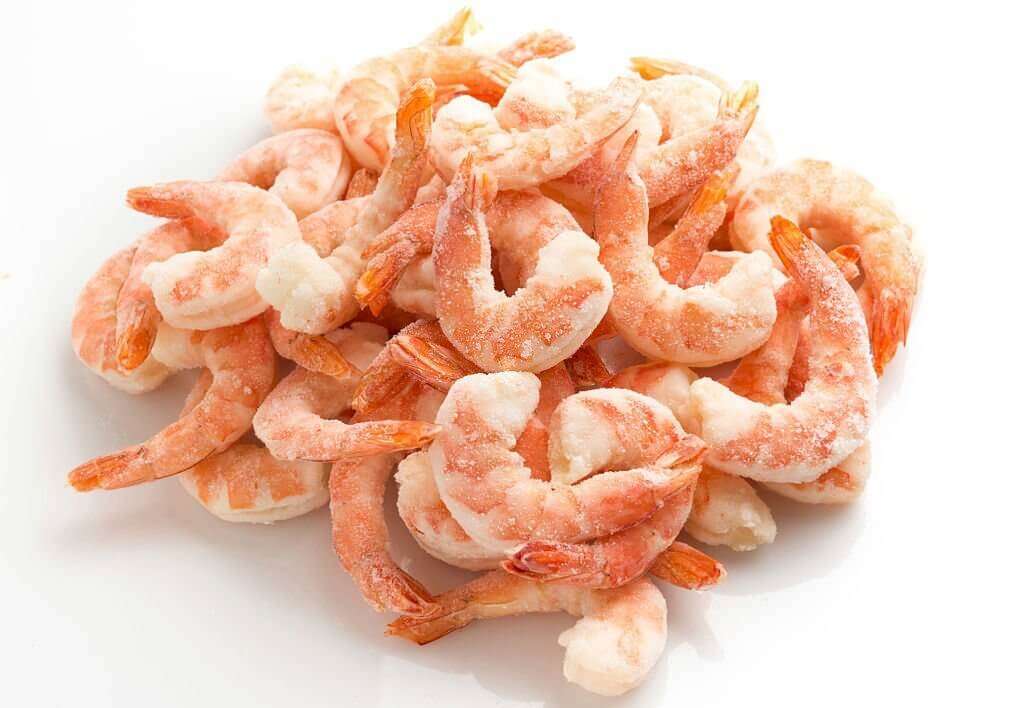 When you purchase frozen prawns, it helps to know how to clean and prepare them so that you’ll end up with a well-cooked meal that is free of germs, for this to be done without any hiccups, the question of deveining your frozen prawns may come to play.

Going ahead to devein your frozen prawns is simply a matter of choice, the vein that runs along a prawn is not a vein per se but the digestive tract of the prawn, and when it looks dirty, it is advisable to take it out. However, when purchasing frozen prawns, some are deveined already while others are not and some pointers would help you figure out which frozen prawn falls into either category.

It is preferable to buy this prepackaged frozen devein shrimp if you are a fan of deveining shrimp as it saves time, this is because when you simply buy frozen prawns that have not been deveined, you have to wait for it to thaw first before removing the black vein individually and this would take up a lot of time.

Do Prawns Need to Be Deveined

No, prawns do not need to be deveined and the decision to do it is based on personal preference as a lot of people do not like to see the dark line in their prawns while eating. Removal of the dark vein which is the digestive tract of the prawn that contains sand, particles, and other bacteria is a safety measure and it improves the texture of the prawn when you cook it, a gritty or grainy sauce is often associated with a cooked prawn that has not been deveined.

Large prawns are easily deveined as you can see the vein clearly and they can be easily removed with a sharp knife but for medium-sized and small prawns, it is often hard to see the dark vein and so deveining them is rarely done, except when it looks very dirty.

What If Prawns Are Not Deveined?

When prawns are not deveined, it is recommended to always cook them thoroughly to kill all the bacteria present in the digestive tract, these prawns should not be eaten raw as they can end up causing food poisoning. When prawns that are not deveined are cooked, the sauce is often grainy or sandy and that palate is often shunned by several people, so to be more safe than sorry, devein your prawns.

How to Tell If Prawns Are Deveined

It is really easy to tell if your prawns have been deveined, there is the absence of the dark vein in the underside of the prawn, this tells you that it has been removed, in other words, the prawns have already been deveined.

Is It Okay to Eat the Poop Vein in Shrimp?

Yes, it is okay to eat the poop vein in shrimp but it should be when the shrimp has been completely cooked, the poop vein is the black vein in shrimp that serves as its intestine and so it contains a lot of particles that can cause harm if it is not cooked well. However, in most cases, it is preferable to remove this poop vein to prevent any problems with your meal.

What Happens If You Don’t Devein Your Shrimp?

When you don’t devein your shrimp, you have the black vein still in it while you cook and you also have limited options on what to use it to prepare as shrimp that are not deveined should never be eaten raw. It might also present a problem when you want to present it to an audience as many people are disgusted with seeing the poop vein in the shrimp and so would not want to consume shrimps that have not been deveined.

Read also: Do You Need to Devein the Underside of Your Shrimp?

Can You Devein Shrimp After Cooking?

Yes, you can devein shrimp after cooking but it doesn’t come out as easily as it would be if you devein it before you start preparing the shrimp. To devein your shrimp, straighten it out and make a cut in its back with a sharp knife or a deveiner and then lift out the black vein embedded in the shrimp, throw it away in the bin once you get it out.

What Is the Black Vein on The Underside of Shrimp?

The black vein on the underside of the shrimp is its intestine or digestive tract, it is not necessarily a vein but it looks like one, and the removal of it from shrimp is referred to as deveining. The black vein contains various particles and bacteria that has been consumed by the shrimp previously and so should be removed if it looks filthy, the black vein is also visible in large shrimps making it easy for deveining whereas it is almost invisible in medium-sized or small shrimp, making it hard for them to be deveined.

When presenting the prawns for a party or an event, deveining it also makes it look and taste better, the aesthetics and presentation of the prawns are much improved by deveining, so whether you are going for frozen prawns that are deveined or opting for the ones that are not deveined, adhering to safety precautions while preparing it would make your dish come out better.

Frozen prawns that are thawed and are not used immediately should be stored in a brine solution, ice water, or in ice itself because seafood generally decomposes and accumulates toxins within minutes, and so only the portion that is to be prepared at that moment is to be brought out and deveined. Sticking to these rules and improving on them would make preparing frozen prawns and other seafood easier for you as time goes by.