Home » NEWS » Is Wasabi Spicy? Why and how spicy is it? 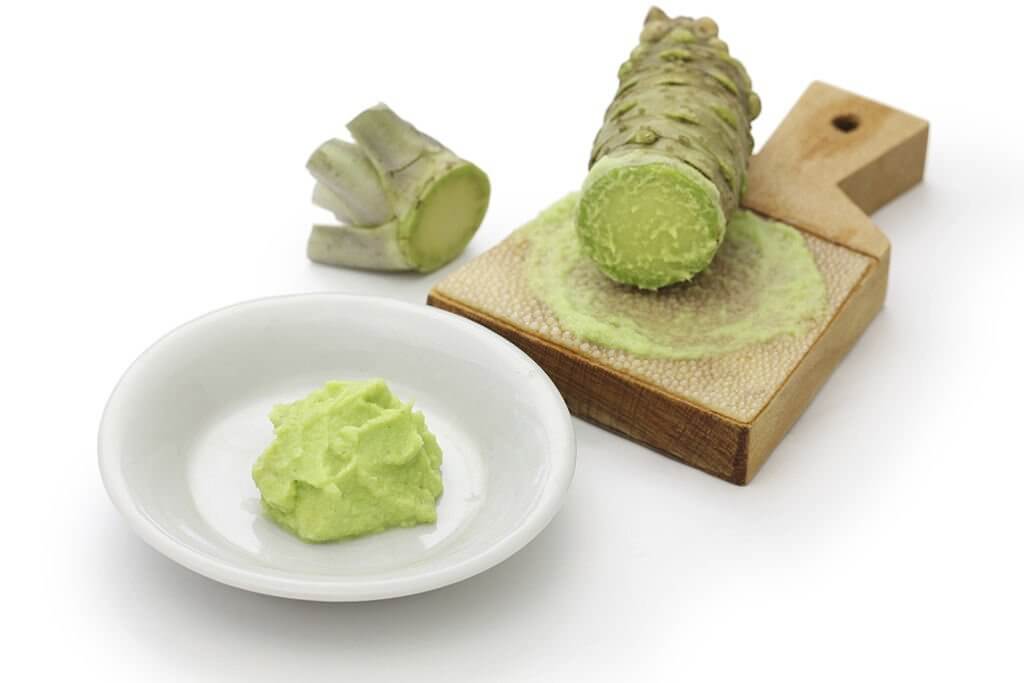 If you’re planning to introduce some Japanese food to your diet, you certainly have heard of Wasabi. I personally love to have it with some sushi.

One of the first thoughts that come to anyone’s mind if they have never tried Wasabi is how it tastes. Is Wasabi spicy as everyone says it is? How spicy is it on the Scoville scale? How can you make it at home? Here’s our verdict.

Wasabi is a famous Japanese delicacy, culturally known as wasabi japonica, often referred to as Japanese horseradish. It has a similar taste to hot mustard or horseradish rather than chili peppers. However, you’ll find that it stimulates your nose more than your tongue when eating it.

This green, spicy Japanese condiment is flavorful and very hot. It is also rumored to help with heart disease, cancer, stomach pain, and indigestion. However, there is no solid scientific evidence to support these claims.

Why Is Wasabi Spicy?

Wasabi is so spicy because of a chemical called Allyl isothiocyanate. It is also present in mustard, radish, and horseradish. When this chemical comes in contact with your receptors, you’ll definitely feel it.

Wasabi is traditionally prepared by running the root in circles over a flat grater that acts like sandpaper, finely shearing the root down into a fresh paste. This releases the Allyl isothiocyanate and gives the spicy taste we all know (and love!)

The chemical present in Wasabi is small compared to the capsaicin in chilies. So, while you can taste capsaicin, allyl isothiocyanate vaporizes and goes up into your nose, where many wasabi receptors are present. That’s why your body reacts the way it does.

How Spicy Is Wasabi?

Wasabi is very spicy, but only if you eat it immediately after preparation. The cooler it gets, the less spicy it is.

As mentioned earlier, capsaicin is responsible for how spicy chili is. Therefore, when you compare the effects of chili to that of Wasabi, Wasabi doesn’t seem so bad. However, we can only correctly measure the spiciness using a Scoville scale which we will discuss later in this article.

Read also: Is Butter Chicken Spicy? Why And How Do You Make It?

What Is Wasabi Made Of?

Wasabi belongs to the mustard family Brassicaceae. It is native to Japan, South Korea, Sakhalin, and Russia and is not cultivated everywhere because of its specific growth requirements.

Real Wasabi is made from rhizomes. These are plant stems that grow under the ground instead of the root. As stated earlier, its spiciness comes from allyl isothiocyanate and not capsaicin.

How Hot Is Wasabi on The Scoville Scale?

Wasabi is one of the most common hot and spicy foods globally. We can determine just how spicy it is using the standard Scoville scale.

So, it is spicy, but obviously not as spicy as rumor would have it. The spice is much harder on your nose than on your tongue.

Eating spicy food like Wasabi can clear and open up sinuses quickly. However, the cure is only temporary, especially if you’ve got a bacterial infection. But yes, spicy foods like Wasabi can give temporary relief and clear up your sinuses for a bit.

Does Wasabi Have Capsaicin?

No, not at all. If Wasabi contained capsaicin, it would be a lot spicier than it is now. Imagine eating something that spicy. It would certainly not be a crowd-pleaser.

Capsaicin is only present in chili and not Wasabi. As stated earlier, the chemical in Wasabi is allyl isothiocyanate, and it is not as spicy as capsaicin.

How Long Does Wasabi Paste Last?

When unopened, Wasabi paste lasts for a very long time. You can probably get about a year in the pantry and the fridge. After opening it, you are advised to use everything at once if you don’t have a refrigerator to keep your paste from going bad.

However, if you have a fridge, Wasabi paste can last up to a year even when opened. After that, you just need to refrigerate it.

What Happens If You Overeat Wasabi?

Although some people say it is good for your health, everything has consequences when taken excessively. Wasabi is no exception to the rule. Because it is so spicy, you are advised only to eat Wasabi in small quantities. Overeating Wasabi can have unfavorable effects on your health.

When you overeat Wasabi, your mouth can feel very hot, almost like it is on fire. For people with bleeding disorders, eating large amounts of Wasabi might increase the risk of bleeding and bruising.

In older people, overeating Wasabi can lead to broken heart syndrome, characterized by sudden chest pain and sometimes heart attack or Cardiac arrest. On the other hand, it can be good for you – just don’t take too much of it.

Fresh wasabi and wasabi paste differ in flavor, texture, and taste. It is super easy to tell if you have had the two or have a lot of experience with the spices. Wasabi paste is far harsher on your senses than fresh Wasabi, which has a gentler flavor. It is produced by peeling the stem and grating it until you get a fine paste.

On the other hand, fake wasabi paste is derived from horseradish, mustard seed or flour, and green food coloring. Therefore, it is a lot grainer and harsher on your senses.

Sadly, you’re not likely to get Fresh Wasabi in non-Japanese restaurants. However, the imitation wasabi paste is a lot more accessible and is what is often served in many restaurants.

Although Wasabi and horseradish have some things in common, they differ in many ways. Let’s look at some of those differences.

Real Wasabi isn’t as hot and spicy as horseradish. Also, it is fresher, sweeter, and smells much better than horseradish.

Unlike horseradish, real Wasabi is naturally green and does not need artificial coloring. In addition, the shade of green varies greatly depending on where it is grown.

How to Tell Real Wasabi

As stated earlier, When the wasabi paste is thick and smooth with a powerful smell, it is probably fake Wasabi made from horseradish.

On the other hand, fresh Wasabi has a finely grated appearance and a gentler flavor. It is also sweeter than fake wasabi paste. Also, if you’re being served by a traditional Japanese restaurant, you know it’s real. Other restaurants tend to serve imitation wasabi and not the real deal.

How to Make Wasabi from Horseradish

If you are craving some Wasabi but can’t seem to find Wasabi root anywhere, you don’t need to worry because you can make Wasabi from horseradish.

You can make your paste by mixing 2 teaspoons of horseradish, 1 teaspoon of mustard, a few drops of soy sauce, and 1 chopped anchovy. Use in place of the Wasabi and get something close to Wasabi in taste and spice.

How to Make Wasabi Paste from Powder

If you want to make wasabi paste and all you have is the wasabi powder, you can still make some wasabi paste from the powder. All you need is to mix 3 teaspoons of wasabi powder with 1 teaspoon of water in a small bowl. After that, you mix the mixture for a while to get the thickness you desire.

Turn the bowl over for one minute before it’s ready to be served. Then, depending on your preference, you can make as little as you want by following the procedure above. It’s simple and does not take time. If you tend to keep a lot of wasabi powder in stock, it’s an easy way to make some whenever you crave it.

What Happens if A Dog Eats Wasabi?

Spicy foods can be toxic to dogs and cause them much pain, diarrhea, and gas. Spicy food can also cause excessive thirst, and your dog could puke and lose a lot of weight. This is why veterinary doctors advise people against giving spicy food to animals.

Although it is okay for dogs to eat Wasabi in small quantities as it is not as spicy as chili, it is best to avoid giving them Wasabi altogether just to be on the safe side.

Wasabi is not so toxic to dogs, so rushing them to the veterinary doctor or animal ER is unnecessary unless they eat excessively large amounts of Wasabi. If they eat small amounts, your dog might experience a mild mouth discomfort and may have some vomiting or diarrhea for the night. 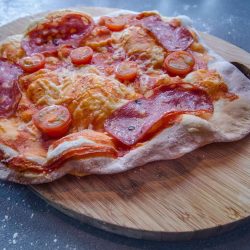 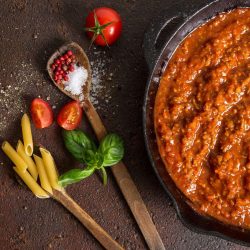